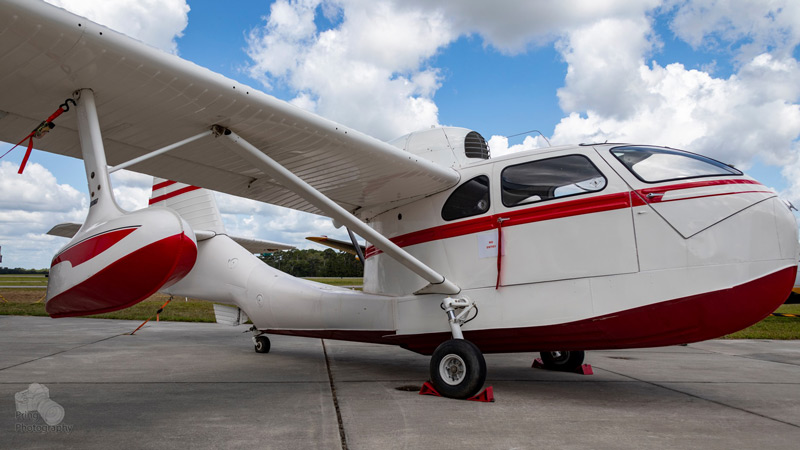 The RC-3 Seabee was designed by Percival Hopkins "Spence" Spencer. An aviation pioneer, he built his first hang glider in April 1911 at the age of 17 from plans he found in a Popular Mechanics magazine. On May 15, 1914, Spencer made his first powered flight in a Curtiss flying boat. 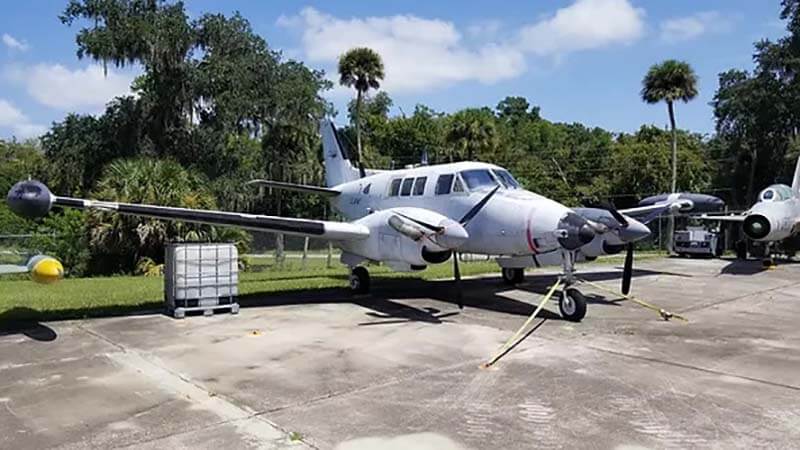 This Airborne Radio Direction Finding aircraft is one of nine with the Cefirm Leader Electronic Warfare System. It has performed classified missions gathering intelligence against communist insurgencies in Central America and was part of the Bright Star 85 exercise in Egypt. Most notably, it collected intelligence against Iraqi forces during Operation Desert Storm. 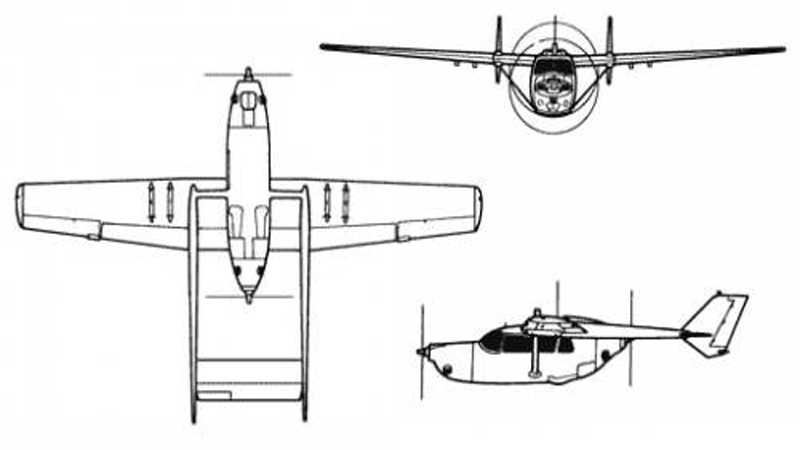 In 1966, the United States Air Force (USAF) commissioned Cessna to build a military variant of the Skymaster to replace the Cessna O-1 Bird Dog. Both the civilian and military Skymasters were low-cost twin-engine piston-powered aircraft, with one engine in the nose of the aircraft and a second in the rear of the fuselage. 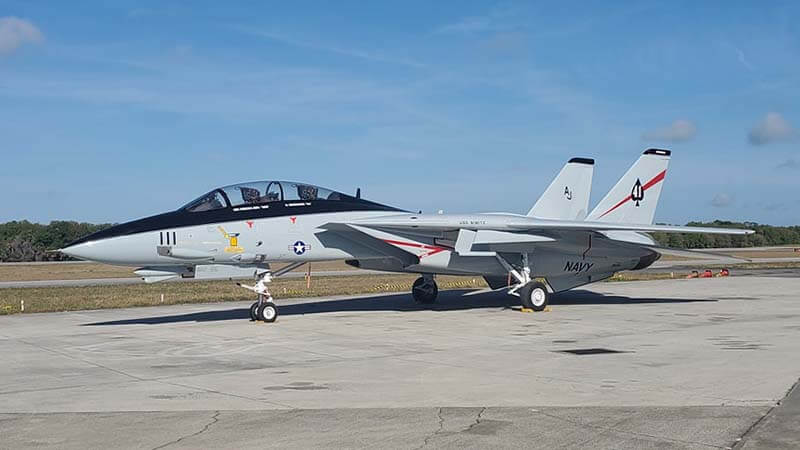 A fighter aircraft with twin engines, twin tails, and variable-sweep wings, the F-14 Tomcat can travel at supersonic speeds. During its service in Operation Desert Storm, Iraqi aircraft were known to retreat at the sight of the F-14. During that operation, only one F-14 was lost as a result of enemy action, which is a testament to its excellence. 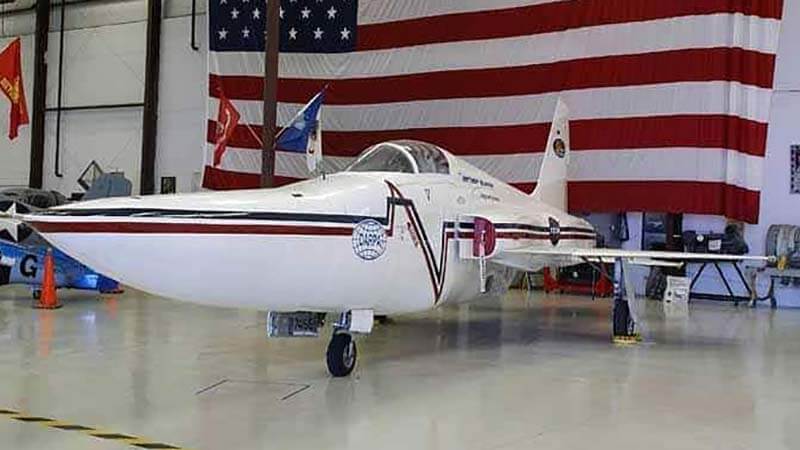 This aircraft was part of NASA’s Shaped Sonic Boom Demonstrations, where designers showed a sonic boom’s shockwave could be reshaped to reduce the noise by one-third. With its lengthened fuselages and powerful General Electric J85-21 engines, it won the International Fighter Aircraft competition for air-to-air performance. 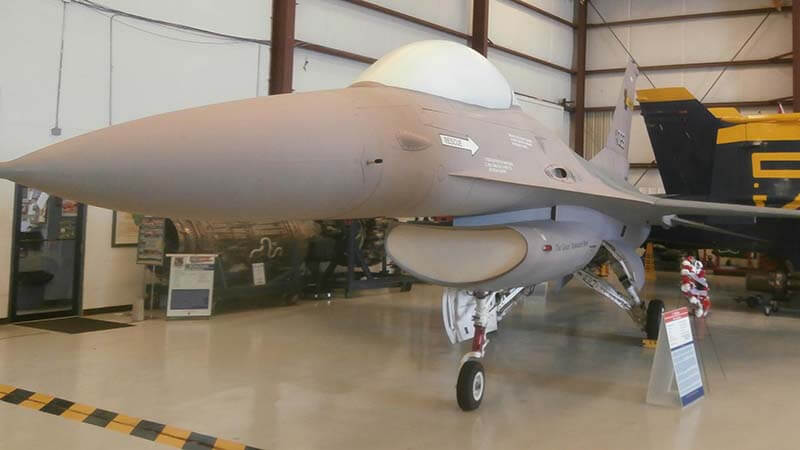 The Fighting Falcon is recognized at a glance because of its bubble canopy, side-mounted control stick, and reclined ejections seat. This aircraft served in Operation Desert Storm and the Balkans during the 1990s. It was also the aircraft that scrambled to protect United States airspace after the events of September 11th, 2001. 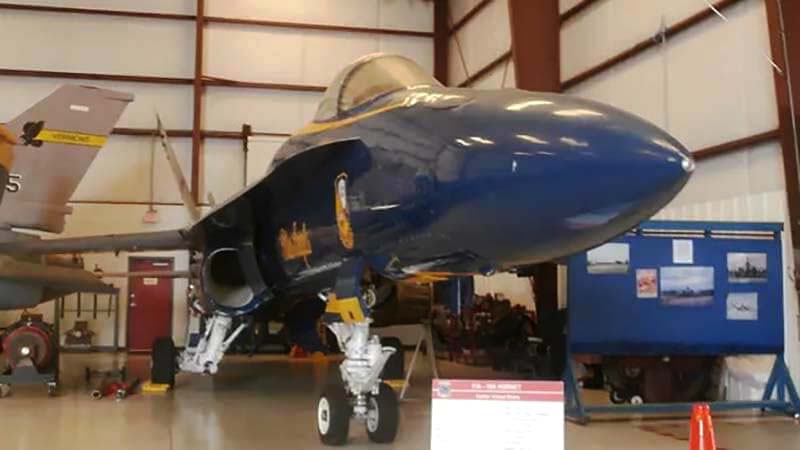 The F/A-18 Hornet has twin engines and supersonic capabilities. This aircraft served as a multi-role combat jet. It functions as a fighter and attack aircraft. The Hornet served in the Gulf War, where it is credited with several successful air-to-air encounters and air-to-land missions. The F/A-18 is one of the current aircraft of choice for the Blue Angels. 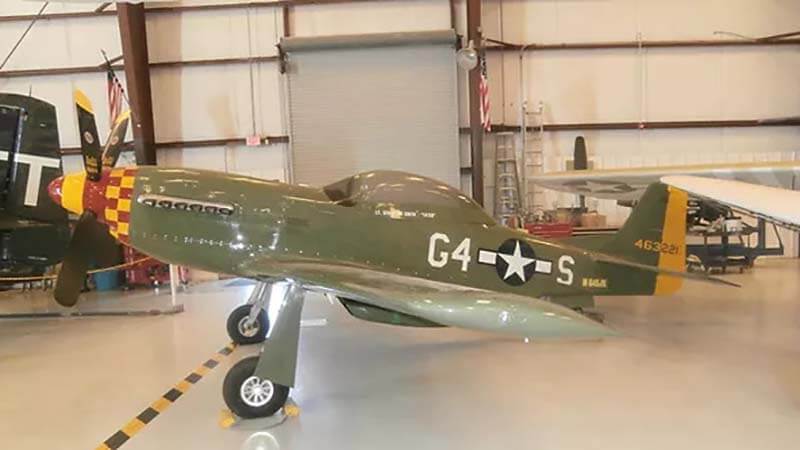 This aircraft is a 70% scale version of the famous World War II aircraft, the P-51D Mustang. Made from sheet aluminum, it features a bubble canopy, retractable landing gear, and a single engine. This homebuilt aircraft was one of only 12 registered with the FAA as of 2014.