The RC-3 Seabee was designed by Percival Hopkins “Spence” Spencer. An aviation pioneer, he built his first hang glider in April 1911 at the age of 17 from plans he found in a Popular Mechanics magazine. On May 15, 1914, Spencer made his first powered flight in a Curtiss flying boat. In 1937, he joined Sikorsky engineer Vincent A. Larsen to design their first and only amphibious aircraft, the Spencer-Larsen SL-12C. Development of the plane progressed slowly and in September 1940 Spencer left the partnership to form his own company. His resulting design was the Spencer S-12 Air Car Amphibian. Construction of the S-12 began on March 1, 1941 and the small, two-seat S-12 prototype, registered NX29098, made its first flight on August 8, 1941. The S-12 was a fabric-covered amphibian with a unique box-like forwarding cabin; a high wing with a two-bladed propeller in pusher configuration; and a long, slender tail boom.
In December 1941 Spencer put the Air Car into storage and joined the war effort as a test pilot for the Republic Aircraft Corporation. By 1943, he had flight-tested 134 of the company’s P-47 Thunderbolts.
In April 1943 Spencer left Republic Aircraft to join the Mills Novelty Company of Chicago, Illinois, and wanted to use his Air Car to promote their company. Spencer used the company’s wood-forming equipment to build a new egg-shaped cabin for the Air Car and began demonstrating the aircraft to his former employer, Republic Aircraft. Seeing the potential of the Air Car as the perfect sports plane for pilots returning from the war, Republic purchased the rights to the Air Car in December 1943 and immediately began the development of an all-metal version designated the Model RC-1 Thunderbolt Amphibian. On November 30, 1944 the first RC-1 Thunderbolt Amphibian, registered NX41816, made its first flight with Spencer at the controls.
The aircraft was displayed in St Louis, Missouri in December and by the end of 1944 Republic had received 1,972 civilian orders for the $3,500 airplane. The aircraft was also demonstrated to the U.S. Navy and Army Air Corps. Both services were impressed with the design and on February 19, 1945 the Navy granted Republic Aviation the rights to use the name Seabee for the civilian version. The Army placed a large order for the aircraft, to be used for air-sea rescue operations under the designation OA-15. In September 1945, following VJ Day, both the Army and Navy canceled their orders, which by that time totaled over $20,000,000. The OA-15 Seabee was the last United States Army Air Corps aircraft to use the OA designation, which was dropped when the US Air Force was formed as a separate military branch in 1947.
Military operators included the Israeli Air Force, the Paraguayan Navy, the United States Army Air Forces and the Republic of Vietnam Air Force. 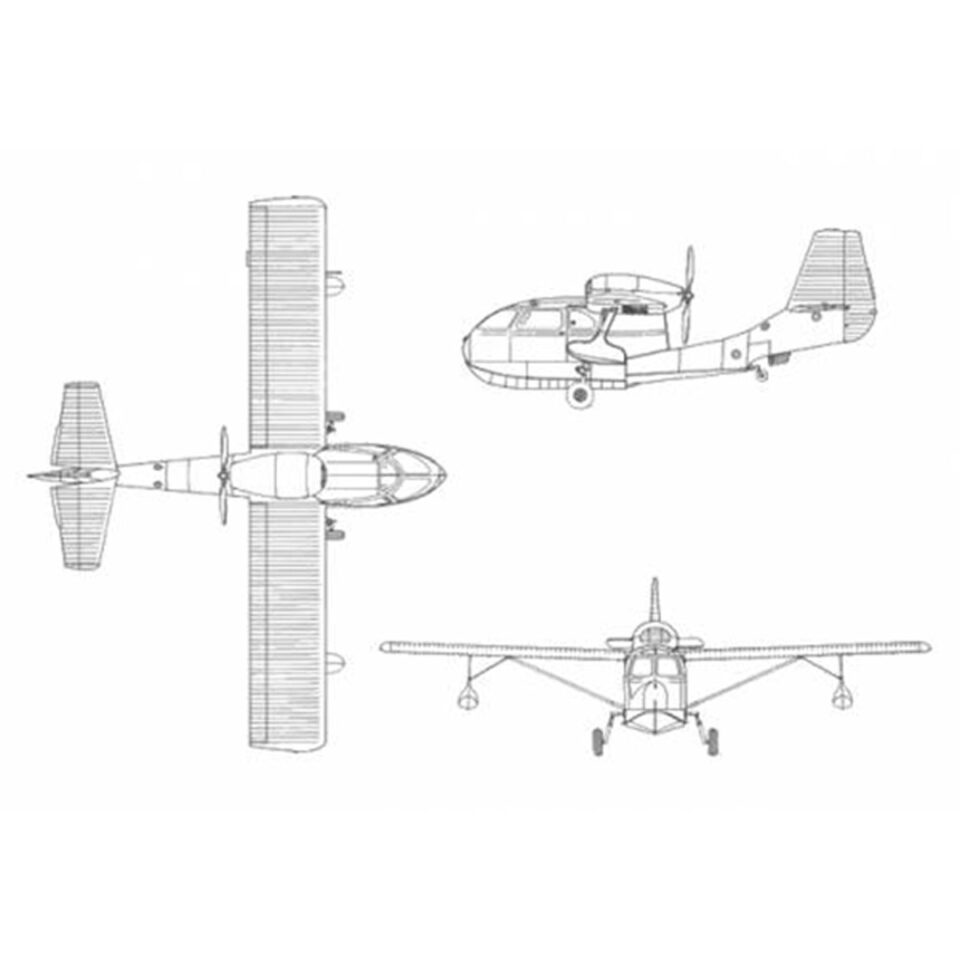